Back to B&H Tours
Tour plan
Request an offer

Sarajevo (names in other languages) is the capital and largest city of Bosnia and Herzegovina, with a population of 275,524. The Sarajevo metropolitan area, including Sarajevo, East Sarajevo and surrounding municipalities, is home to 466,000 inhabitants. Moreover, it is also the capital of the Federation of Bosnia and Herzegovina entity, and the center of the Sarajevo Canton. Nestled within the greater Sarajevo valley of Bosnia, it is surrounded by the Dinaric Alps and situated along the Miljacka River in the heart of Southeastern Europe and the Balkans.

Sarajevo is the leading political, social and cultural center of Bosnia and Herzegovina, a prominent center of culture in the Balkans, with its region-wide influence in entertainment, media, fashion, and the arts.

Due to its long and rich history of religious and cultural variety, Sarajevo is sometimes called the "Jerusalem of Europe" or "Jerusalem of the Balkans". It was, until late in the 20th century, the only major European city to have a mosque, Catholic church, Orthodox church and synagogue within the same neighborhood. A regional center in education, the city is also home to the Balkans' first institution of tertiary education in the form of an Islamic polytechnic called the Saraybosna Osmanlı Medrese, today part of the University of Sarajevo.

Although settlement in the area stretches back to prehistoric times, the modern city arose as an Ottoman stronghold in the 15th century. Sarajevo has attracted international attention several times throughout its history. In 1885, Sarajevo was the first city in Europe and the second city in the world to have a full-time electric tram network running through the city, following San Francisco. In 1914, it was the site of the assassination of the Archduke of Austria that sparked World War I. In WWII, Sarajevo was part of Ustashe's Independent State of Croatia, where many Serbs and Jews were killed. Forty years later, it hosted the 1984 Winter Olympics. For nearly four years, from 1992 to 1996, the city suffered the longest siege of a city in the history of modern warfare (1,425 days long) during the Bosnian War.

Sarajevo has been undergoing post-war reconstruction, and is the fastest growing city in Bosnia and Herzegovina.The travel guide series, Lonely Planet, has named Sarajevo as the 43rd best city in the world, and in December 2009 listed Sarajevo as one of the top ten cities to visit in 2010.In 2011, Sarajevo was nominated to be the European Capital of Culture in 2014 and will be hosting the European Youth Olympic Festival in 2019.

Sarajevo is also a metropolis due to being the most important and influential city in the whole country.

Mostar is a city located on the banks of the Neretva River and the largest city OF Herzegovina. The city is named after the bridge keepers Mostar and is one of the most beautiful cities in Bosnia and Hercegovini. The Old Bridge, a symbol of the city which was built in 1566, and in 2005, together with the old town was listed cultural heritage by UNESCO. The city of Mostar is unavoidable destination in Herzegovina, such as Blagaj and Počitelj, places located near to Mostar. Unspeakable source of the Buna river and mysterious Tekke, which is located at the source will not leave you indifferent, and the walls of Počitelj will make Herzegovina remain closed forever in your memories. Real gourmets should not miss this trip, as delicious trout from the river Neretva and lamb directly from the most beautiful pastures of Europe part of this tour. After the lunch our trip continues to the natural park and waterfalls of Kravice. After visiting Kravice it is time to go back to hotel in Sarajevo.

This region characterizes the diversity of its above-ground and underground waters. The source of the Buna is one of the largest and most beautiful in Europe. It is the finest example of an underground karst river. It flows out of a 200m cliff wall and single-handedly creates the Buna River. Unsurprisingly, the Ottoman sultan was impressed, and ordered a tekija to be built right next to it. This 16th century house/monastery was built for the Dervish cults and is still one of the most mystical places in all of Bosnia and Herzegovina. It is open to visitors all year round and serves cold drinks, tea and Turkish coffee in a beautiful garden overlooking the source of the River. The region is also known for the diversity of its flora and a number of endemic species. At lower altitudes there are many evergreen plant and deciduous thicket species, while at higher altitudes in the hills there is sparse forest. Fertile cultivable land is suitable for the agriculture typical of the Mediterranean climate.

This unique settlement, listed as a UNESCO heritage site and recent reconstruction has returned the town to its original form. It was first mentioned in 1444 but some documents show that it was built in the late 14th century upon the order of the Bosnian King Tvrtko. Besides its stunning oriental architecture and Ottoman feel, Pocitelj hosts the longest operating art colony in southeast Europe. Artists from around the world gather here to paint, among other things but importantly, the shiny red pomegranates and figs that grow in abundance on the hills of Pocitelj. The Hadzi-Alija Mosque has been reconstructed as well as the Sisman-Ibrahimpasina medresa and the Gavran Kapetanovic house, all of which are open to visitors. The most striking object in Pocitelj is the Sahat-kula, a silo-shaped fort that towers from the top of the hill above the town. It housed watchmen and military to guard against possible invasion from the Neretva Valley.

Kravice waterfalls is one of the hidden treasures in Europa and is situated near Ljubuški, Mostar, Bosnia-Herzegovina. Kravice Vodopad is a truly spectacular natural attraction and, until now, one of the least-heard of wonders in Europe. The falls are 28 meters high, made of over a dozen gushing springs, span over 120 meters in a lovely semi-circle and, at the highest water peak, can churn out an insane amount of water. Visit in spring, especially after a rainy week, and you can see them at their glorious best. The falls are nestled in a natural reserve about 40 kilometers south-west of Mostar. The best way to get there is individually car. The roads are good and the falls are easy to find. From Mostar head south-west following signs towards Krusevo and follow the road all the way to Ljubuski, where you’ll turn left towards Studenci. About 10 kilomters from the turn you’ll see a brown sign pointing to a left side road advertising Kravice Falls. The road ends after about 3 kilometers, right at the car park.

The Sarajevo Tunnel (Bosnian: Tunel spasa) was an underground tunnel constructed between March and June of 1993 during the Siege of Sarajevo in the midst of the Bosnian War. It was built by the Bosnian Army in order to link the city of Sarajevo, which was entirely cut off by Serbian forces, with Bosnian-held territory on the other side of the Sarajevo Airport, an area controlled by the United Nations. The tunnel linked the Sarajevo neighbourhoods of Dobrinja and Butmir, allowing food, war supplies, and humanitarian aid to come into the city, and allowing people to get out. The tunnel became a major way of bypassing the international arms embargo and providing the city defenders with weaponry. 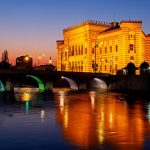 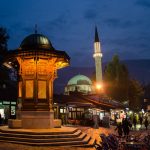 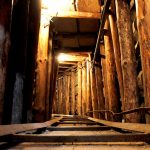 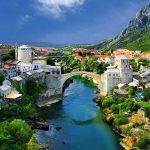 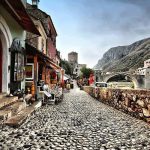 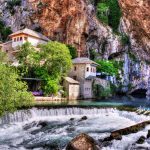 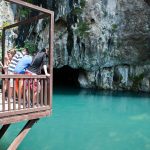 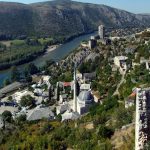 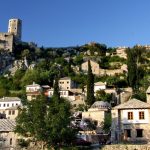 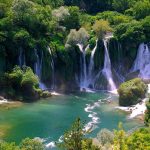 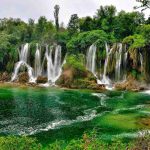